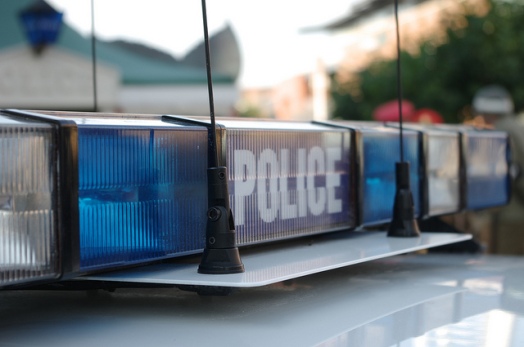 When I heard that Americans were calling the cops on parents, I hoped that maybe a few incidents would make people see reason and stop. Then, it happened to one of my friends.

Recently, my friend May Cobb, a novelist who lives in Texas, wrote in the Washington Post about how someone called the police because her son’s hair was messy. It was particularly devastating because her son is autistic. The stranger who called assumed he wasn’t well taken care of when in reality May and her husband have spent countless hours and resources attending to his needs.

This problem could have been solved in about five minutes if the concerned stranger had taken the time to talk to them. But no, the first step was to call the police.

And it’s not an isolated incident. Another friend on the East Coast commented this had happened to his son who was riding a bike by himself in front of his house. Yet another friend, this time on the West Coast, told me about a seven-year-old girl who was walking two blocks to her grandmother’s house — again the cops were called.

What has happened to our sense of community in the US? Why do we suspect only evil and nothing good of our fellow citizens?

Many Americans hear one horrible story and assume that is the norm. It isn’t. Kids are not kidnapped on a regular basis. They have more of a chance of getting hit by lightning. Yes, parental abuse and neglect happens, but please gather more evidence than a kid having a bad hair day.

Calling the police or CPS brings an enormous amount of stress into a family’s life, even if it’s a mistake.

It is dangerous to normalize calling the cops on regular people in your community–just ask the Germans, especially those who grew up in the GDR. They know what it’s like to live in a culture where neighbors report each other to the police.

In Achtung Baby, I write about how today’s modern Germans have a greater trust of their community – despite their history, or perhaps in reaction to it. They assume that most adults will help a child in trouble, and that it is only the rare person who will hurt a child.

Before calling the cops on parents, please consider doing the following:

Put your fear in context. Hearing one terrible story does not mean it happens all the time. Pay attention to statistics not anecdotes. A little more than 100 kids a year are abducted by strangers. There are 74 million kids in the US. This is not a pressing danger for most kids.

Observe for a moment. A child alone is not necessarily a child in danger. Children have a right to navigate their world on their own, and most places are safer than they were in the past. As the free-range mom Lenore Skenazy has suggested: if you are worried about seeing a child alone, watch them for a few minutes. See that they make it to where they are going.

Talk to the parents, if you are worried about a child’s care. Ask them about what you’ve noticed. You may discover there is something else going on than what you assume. Most likely these parents need your understanding and support, not your vilification.

Meet your neighbors! You don’t have to be best friends, but you shouldn’t be strangers either. Introduce yourself. Meet their kids. If they live close by, give them your phone number or email. Hopefully, you can watch out for one another and help each other out in times of need.

Because that’s what being a community is all about.

Like Loading...
This entry was posted in Achtung Baby, and my super opinion, Commentary, Germany, parenting and tagged freekids, police. Bookmark the permalink.

1 Response to Rebuilding the American Community — First: Stop Calling the Police on Parents